The heart of the enterprise are the distilleries of cognac spirits.

The production of cognac is a complex and lengthy process, requiring special varieties of grapes, unique equipment and masters that can precisely observe all technological details. 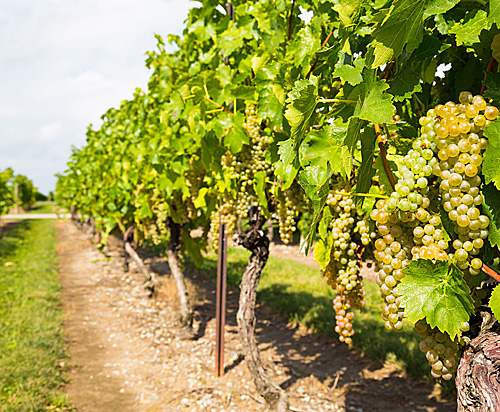 The vine is planted in rows at a distance of three meters from each other. This gives the possibility to use special machines for harvesting, which reduces the amount of hand work and the cost of production. Cognac factories begin harvesting in mid-October. 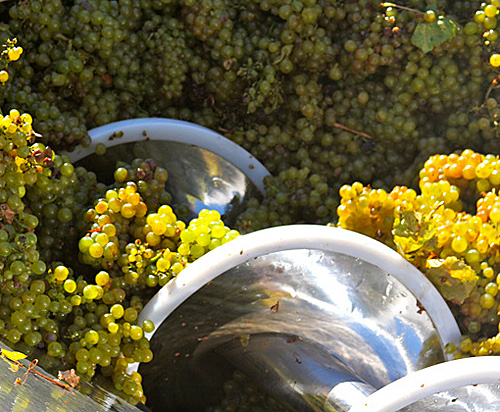 All collected grapes are immediately sent to special press machines, which only slightly crush the berries. 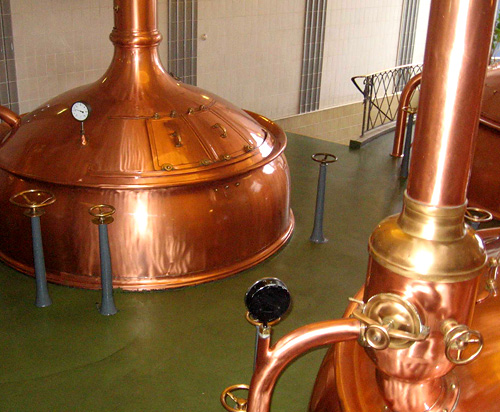 The juice obtained at the previous stage is immediately sent to fermentation in special containers. It is strictly prohibited to add sugar.
Control over fermentation is very strict, since the quality of the finished cognac depends mainly on this stage. 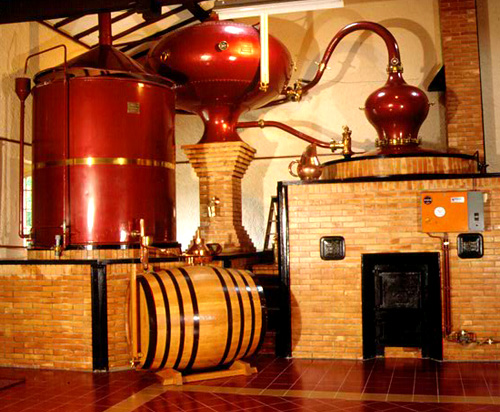 The cognac-making enterprise is obliged to complete the distillation process by March 31 of the year following the harvest year.
Distillation is made in two stages. First, the wine is simply distilled in order to obtain the maximum possible amount of alcohol. Milky liquid appears, containing 27-32% alcohol. In the language of the producers, this substance is called “brouillis”.
The purpose of the second distillation is to obtain pure cognac alcohol and fractionation of volatile substances. At this stage, the initial yield of the distillate (the so-called “head”) is cut off, containing many harmful volatile substances. Next, the master collects a “body” – a fraction containing 69-72% of alcohol, which will be used for the production of cognac.
As soon as the concentration of alcohol is reduced to 60%, the distillation is completed, the remnant is called the “tail”. „The tail” is not used in the preparation of cognac, but it is added to the next amount of the brouillis.
The distillation of one batch of cognac takes about 24 hours. From 10 liters of young wine you can get up to 1 liter of pure cognac alcohol. 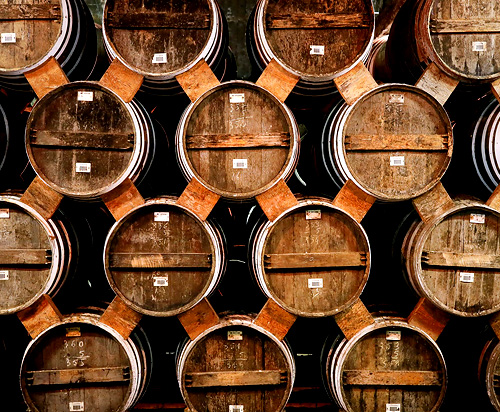 The cognac aging process lasts at least 30 months. The cognac is placed in oak barrels. The price of real oak barrels for cognac is very high.
The oak used for the barrels must be aged at least 150 years old. Before using the finished barrel it must be kept in the fresh air for 5 years.
During aging in barrels, the substances that form the color and aroma of the drink pass into the cognac spirit from the wood. Barrels can be used more times.
Each year, 0.5% of alcohol evaporates. The craftsmen call it “the share of angels.” In fact, the evaporated alcohol feeds the bacteria living on the walls of the cellars. 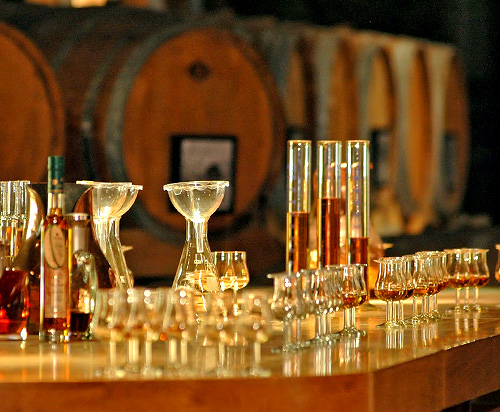 It involves mixing alcohols of different ages to obtain a ready-made drink, which will go on sale. If further aging of cognac is inexpedient, it is poured into glass bottles. 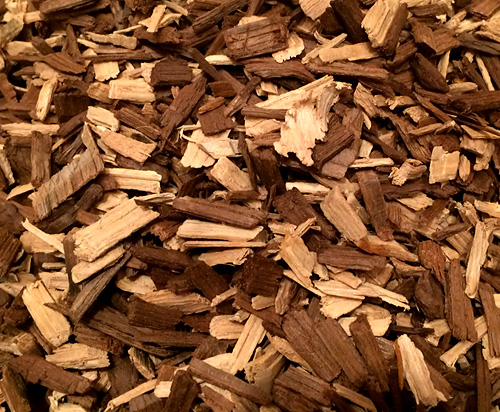 Cognac production may not pass through this stage, but in most cases it still exists. Distilled water is added to the cognac to adjust the strength, sugar (maximum 3.5% of the volume) is added to regulate the taste, oak chips and caramels to give the cognac a rich dark color. The drink is bottled, labeled and sold.